Invasive alien species (IAS) are recognized as one of the leading causes of biodiversity loss globally. Through their multiple impacts, they threaten native species, natural habitats and ecosystem services, but also economic activities and human health. In France the examples of invasions are numerous: jussies, American crayfish or Asian hornet in the Mainland ; electric ant in New Caledonia, Miconia tree in French Polynesia, giant bramble in Reunion, etc.

Across the country, many actors are mobilizing to organize surveillance, assess impacts, improve knowledge, define strategies and implement prevention and management actions in the field. In parallel, public policies are developed at national and European level to try to respond to this phenomenon.

In mainland France, the National Inventory of Natural Heritage (INPN) lists 1,379 exotic plant species and 708 exotic animal species. But these last figures are obviously underestimated. Thus, in the DAISIE inventory database, Roques (2010) already reported 690 exotic arthropod species in mainland France and 154 in Corsica at the beginning of 2010. Inventories are also conducted at regional scales.

An increasing pace of introduction

The rate of introduction of new species is increasing, for all biological groups. For the mainland, a new indicator developed for the National Observatory of Biodiversity from a selection of 84 EEE reveals that over the last 40 years, a French department sees settling on average every 5 new IAS every ten years (Touroult et al., 2016). The Plathelminth of New Guinea (Platydemus manokwari), reported in 2013, and even more recently the fluvial Goby (Neogobius fluviatilis), identified in August 2014 in the Moselle, or the Blue Crab (Callinectes sapidus) discovered in the Gulf of Lion in 2018 are among the last exotic species discovered in mainland France.

There are many introduction routes and almost all are related to human activities. Some of these species were deliberately introduced into the wild and others escaped from the places where they were grown or raised. This is for example the case of ornamental plants from botanical gardens and garden centre, birds or mammals escaped from animal parks or kept as pets by people. Some mammals, raised for their furs (in particular Ragondin, Muskrat, Mink, Raccoon), now constitute wild populations in France. However, today the majority of introductions are accidental, in connection with the unprecedented development of trade between different regions of the globe.

For the majority of biological groups, France appears as one of the European countries with the highest number of introduced species. This finding is related to the increase in transport, trade, tmovement of goods and people, and to the fact that 4 of the 5 main European biogeographical zones (Atlantic, continental, Mediterranean and alpine) are present on the mainland. This diversity allows many introduced species and diverse ecological requirements to settle and breed. 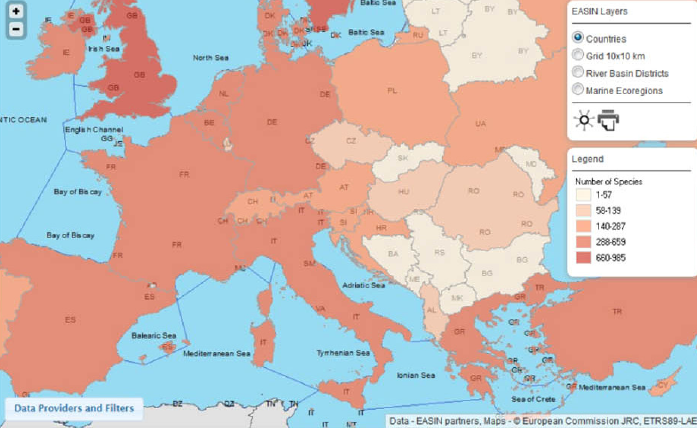 French overseas territories, which account for nearly 80% of national biodiversity, are particularly affected by invasive alien species. The islands are home to extremely fragile ecosystems, often with a high rate of endemism, and are highly vulnerable to introductions of new species. 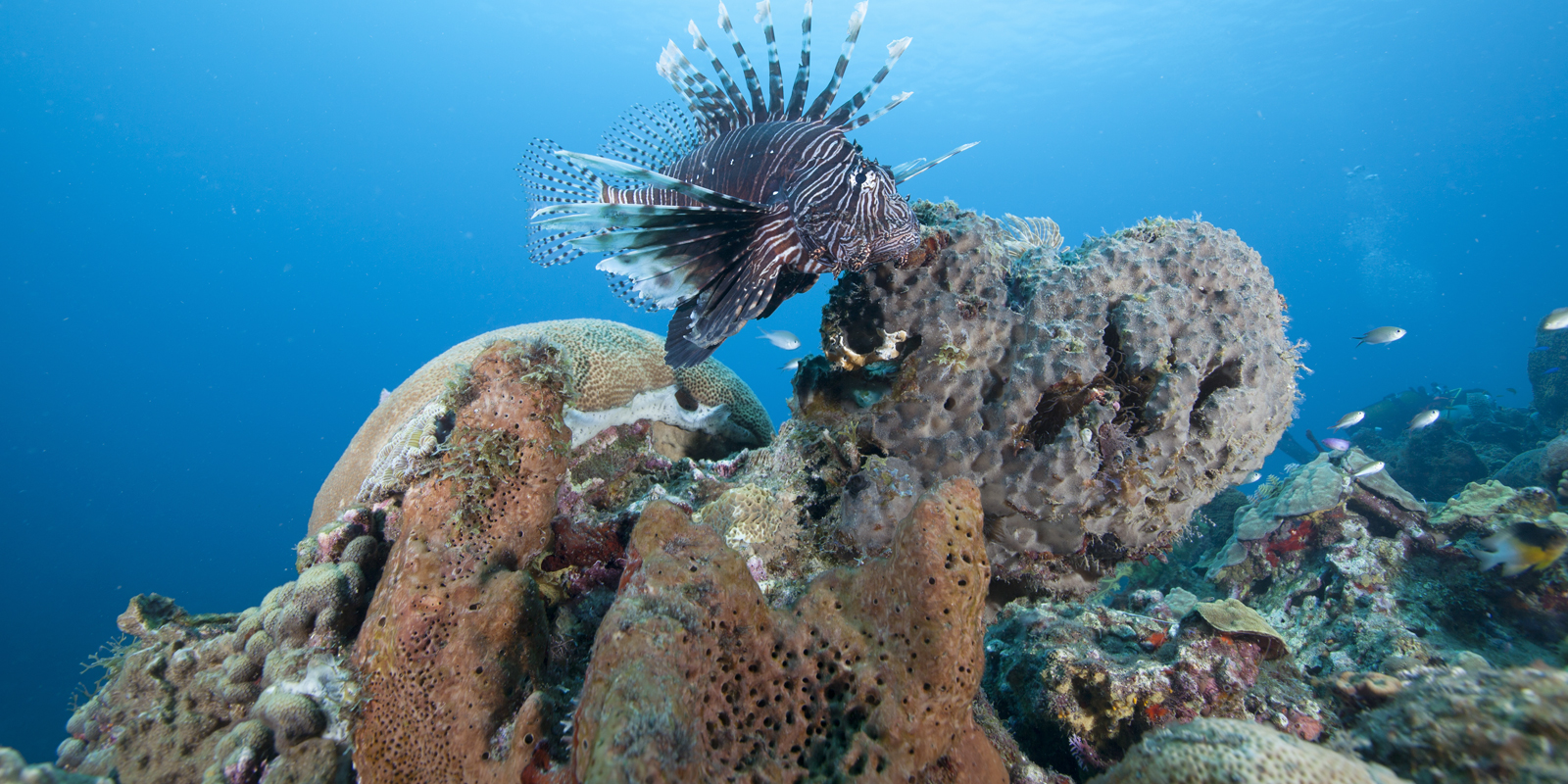 Because of their predominantly insular character, French overseas territories are very vulnerable to species introductions. A long evolutionary isolation, a small surface area, high levels of endemism and a taxonomic and functional imbalance (absence of certain biological groups) are the main factors responsible for this vulnerability to species introductions. In these islands, geographic isolation has often resulted in the development of unique ecosystems, whose flora and fauna have evolved in the absence of large predators or terrestrial herbivores. These native animal and plant species have not developed control methods to resist herbivores such as deer, goats or sheep, predators such as rats, cats or dogs, and more competitive plants from continents.

All overseas communities are threatened by invasive alien species. All environments are concerned including the marine environment as shown by the invasion of the Caribbean Sea by the lionfish (Pterois volitans) or the arrival of the green crab (Carcinus maenas) in Saint-Pierre-et-Miquelon.

A large number of invasive alien plants and animals have already led to the regression or extinction of native or endemic species through competition or predation. One of the major risks related to biological invasions is to gradually see the development of a standardization of natural landscapes overseas, with the regression or disappearance of native species in favor of an exotic and unmarked flora and fauna. The negative impacts of invasive alien species is stronger as the natural environment is already under other pressures such as habitat destruction, pollution or global warming. 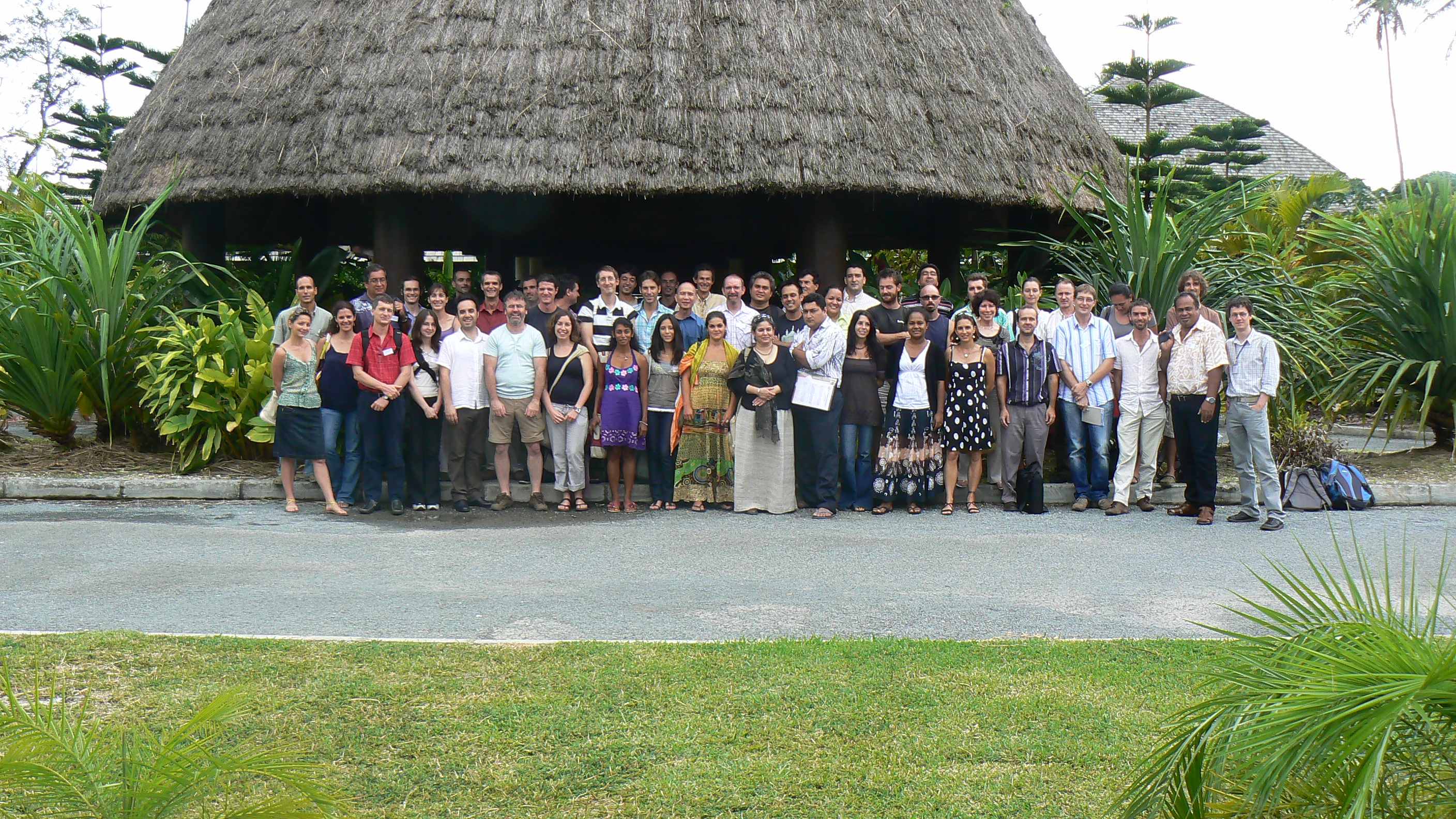 On the website of the French Overseas Initiative on IAS

While the presence of a new species generally modifies the functioning of the ecosystem that hosts it, the nature and intensity of the impacts of invasive alien species can vary greatly depending on the situation. We can nevertheless distinguish:

IAS can impact biodiversity at the genetic, specific and ecosystem scales, but also at the community level, inducing effects on their structure and composition.

IAS can compete with, destroy, replace or hybridize with native species. They can also transmit diseases and parasites. These factors can lead to the local loss of native species, particularly in isolated ecosystems such as freshwater aquatic environments and islands, where IAS can cause cumulative effects across the entire food chain.

The alteration of ecological processes that can lead to changes or losses in ecosystem services is beginning to be documented. For example, invasive alien plants can cause a significant change in the composition, structure and functioning of ecosystems by altering the luminosity, oxygen content in water, soil chemistry, the nutrient cycle, fire regime, plant-animal interactions. 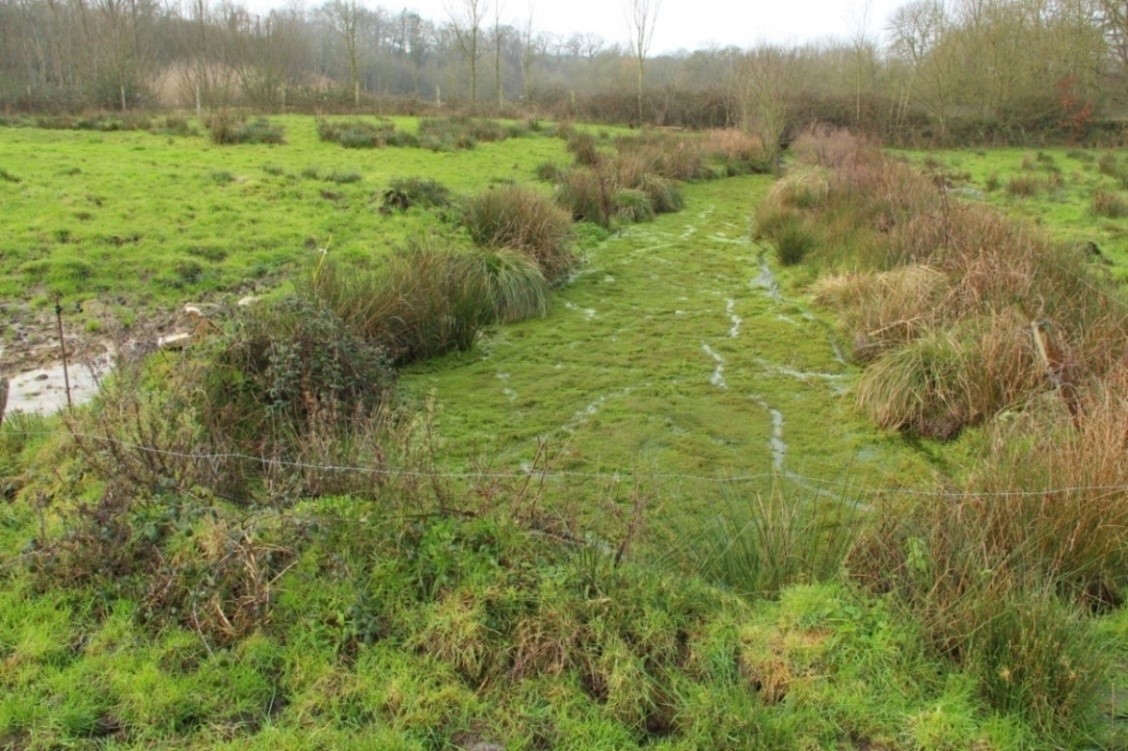 The dense mats formed by the Helms Crassula (Crassula helmsii) have consequences for the functioning of aquatic ecosystems.

IAS can cause production losses, costs to manage them and repair the damage they cause. The direct economic impacts (for example on the yields of certain agricultural productions, the costs of management interventions, etc.) and indirect impacts (for example on ecosystem services), although real, are difficult to evaluate and remain poorly documented in France. For the same species, they can be very variable according to the sites and the situations. For example, the occasional mechanical grubbing of the jussie on 4 ha in the pond of Turc (Landes) costed 44 000 € in 1992. In the Marais Poitevin, the annual campaign of 2005 jussies management mobilized 13 people during 6 months for a total cost estimated at 220 000 €. 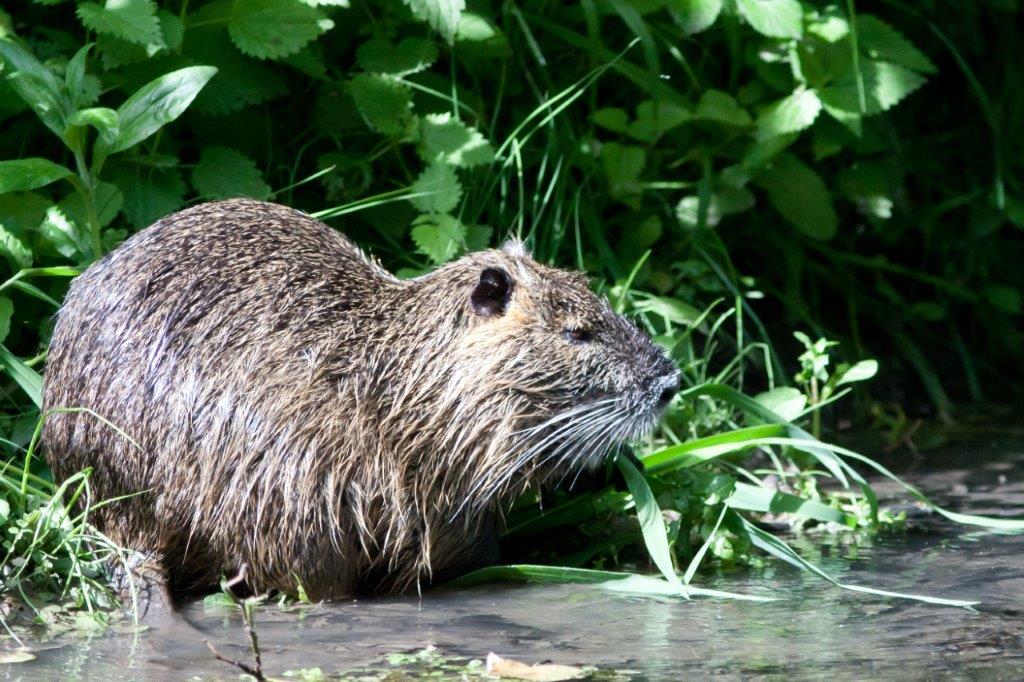 The coypu, by digging its burrows, can destabilize the banks of the rivers.

On a sanitary level, invasive plants may be allergenic, such as Ambrosia artemisiifolia, or may cause skin burns (such as Giant Hogweed, Heracleum mantegazzianum).

Exotic animal species can be vectors or reservoirs of diseases transmissible to humans. For example, the Siberian chipmunk or Tamil squirrel (Tamias sibiricus), sold as a pet and released since the 1970s in several peri-urban forests in Ile-de-France and Picardy, is a larger reservoir of the bacterium responsible of Lyme disease as native rodents. It thus contributes to increasing the risk of transmission to humans because of a high prevalence of infection and because it bears a higher parasite pressure (Ixodes ricinus ticks) than native rodents. 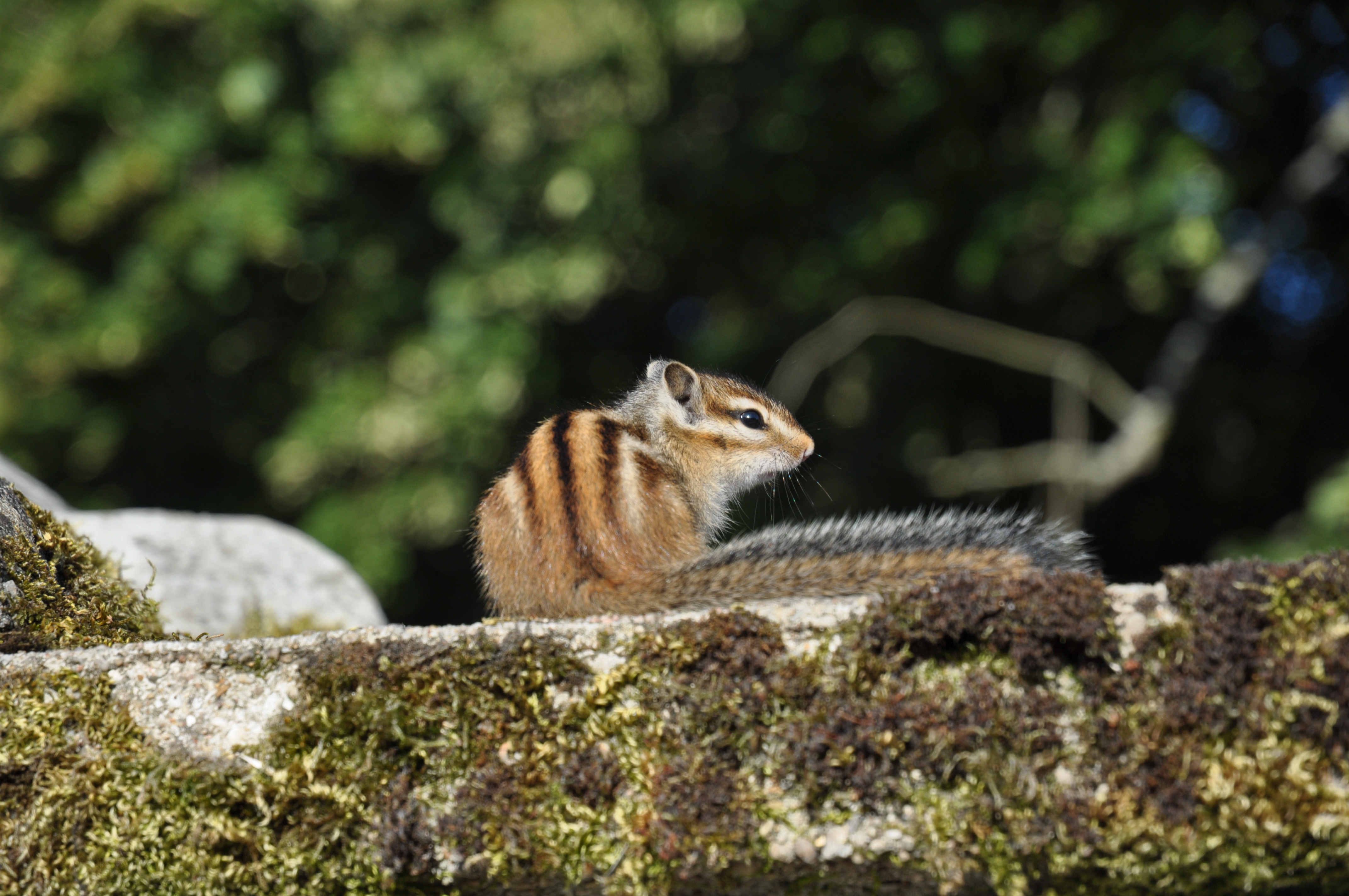 A late but growing consideration

Taking into account the stakes of biological invasions was late but it is increasing since about twenty years. Since the 2000s, numerous initiatives have been initiated, for example the INVABIO program, which has enabled the implementation of some thirty research projects relating to biological invasions. Since 2010, the numerous conferences dedicated to this subject testify to a growing consideration, just as the multiplication of syntheses and supports of awareness on the subject or the offer of professional training more and more abundant on this topic. 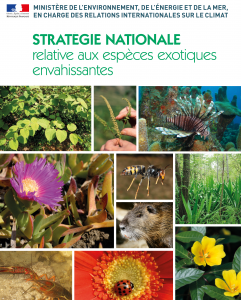 In 2017, the Ministry of the Environment, Energy and the Sea published a national strategy on invasive alien species. Accompanying the implementation of the European regulation and responding to national needs and issues, this strategy is an essential national framework to meet the increasingly pressing challenges posed by biological invasions. Organized into five thematic areas and twelve objectives, the strategy identifies 37 actions concerning prevention, establishment of a national surveillance system, control of already established species, ecological restoration, regulation, knowledge development, training and awareness of all stakeholders. This new framework enables France to ensure the implementation of European regulations on this issue and to meet its international commitments, notably the Aichi Target 9 adopted in the framework of the Convention on Biological Diversity.

At the territorial level, many strategies and territorial coordination have been developed for several years to respond to local issues and needs in terms of organization, support of management interventions, definition of priority actions … They have been allowed by the work of numerous territorial committees of reflection and actions or management structures intervening perennially. These committees bring together associations, land managers, researchers, users, state services and local authorities, with the aim of providing concrete answers to coordination, organization and prioritization needs of actions, sharing and provision of knowledge. The geographical scales of these organizations are very varied. They can cover a region like the Pays de la Loire committee or a watershed like the Loire-Bretagne working group. 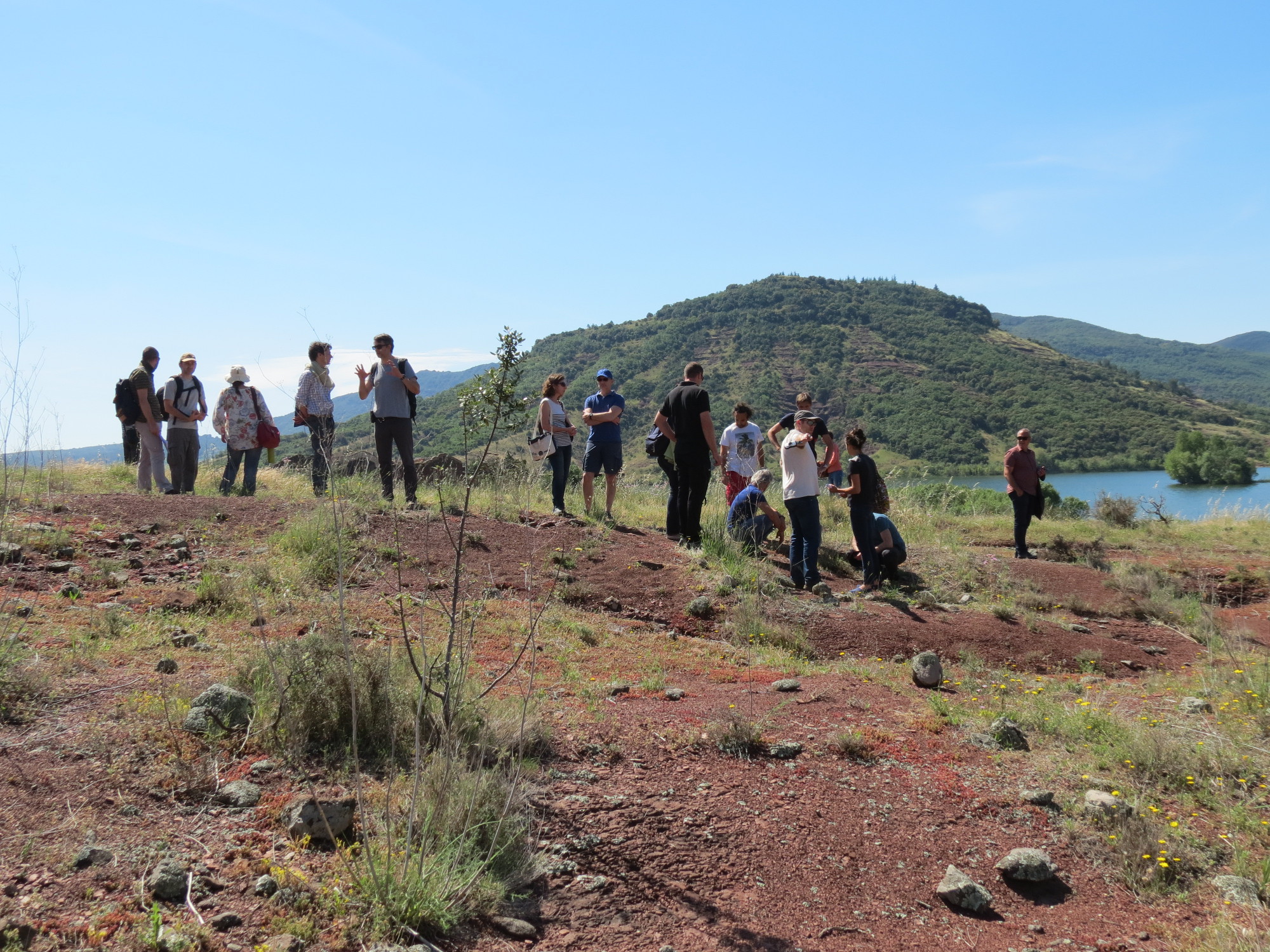