At the end of a 6-year project (2016-2022), the teams of the European LIFE CROAA (Control stRategies Of Alien invasive Amphibians) program have synthesized the best techniques for monitoring and managing the American bullfrog (Lithobates catesbeianus) and the African clawed frog (Xenopus laevis) in France.

The American bullfrog and the African clawed frog are two invasive exotic species of amphibians present in France for several decades. Mainly located in Nouvelle-Aquitaine and Centre Val-de-Loire regions, they have adapted to their new environment, reproduced and dispersed, causing a negative impact on local ecosystems and species.

Through the LIFE CROAA, the Société Herpétologique de France (the French Herpetological Society) and its seven partners have set themselves the objective of improving the conservation status of local populations of amphibians, weakened by the presence of these two invasive exotic species.

Concerned with supporting natural area managers, technicians of territorial communities and the institutions in the knowledge and the management of the American bullfrog and African clawed frog, the teams of this European project have designed a series of technical sheets aimed at identifying and controlling these introduced populations.

From the inventory of these species to techniques for capturing or limiting dispersal events, these materials offer turnkey actions and reflect the field operations carried out within the framework of LIFE CROAA.

Discover all the sheets developed on: http://lashf.org/fiches-techniques/

In France, more and more individuals and professionals keep exotic species (reptiles, amphibians, birds, small mammals, etc.), some of which are new pets. Each of these exotic species requires specific living conditions, this is particularly the case for reptiles and amphibians. The keeping of these animals is thus governed by restrictive regulations. Yet exotic species in the wild are still discovered every year in France. They are released, voluntary or involuntarily, due to the constraints of detention and/or the inattention of certain owners.

A 20-minute documentary was also produced to better understand the challenges of managing these invasive alien species and the actions taken during the project.

All of these supports have been the subject of fundamental work with several French Herpetological Society partners (scientists, breeders, trainers, etc.).

A two-day restitution seminar will be held on May 18 and 19, in Bordeaux (France), to present the actions carried out within the framework of LIFE CROAA and the prospects for perpetuating them.

For any questions about the LIFE CROAA, the management of these two species or our awareness-raising actions, do not hesitate to contact the French Herpetological Society: contact@lashf.org 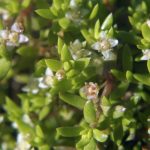 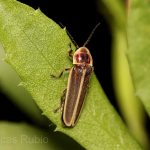