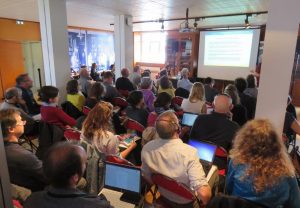 On 16 and 17 May 2019, 50 people attended a two-day cross border information exchange event in Concarneau, Brittany, on the prevention of invasive alien species (IAS – also known as invasive non-native species INNS). This was the first ever event co-organised by the French IAS Resource Centre (Centre de ressources EEE) and Great Britain’s Animal and Plant Health Agency (APHA), who are leading on the EU-funded RAPID Life Project.

Representatives from France, the United Kingdom, Belgium, and the Republic of Ireland gave talks on the issues surrounding invasive alien species in aquatic marine and freshwater environments, focusing on the importance of biosecurity measures to prevent their spread. Information on biosecurity good practice in different countries was shared, with communication facilitated by simultaneous interpreters. Potential future collaborations were also identified. As a result of these exchanges, plans to share information and resources (such as biosecurity awareness campaigns) between countries – particularly between Great Britain and France – are now being discussed. 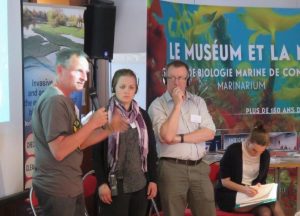 The event also brought together a wide range of stakeholders affected by the problems caused by invasive alien species in both marine and freshwater environments. These stakeholders included representatives from the European Commission, public services, government agencies, associations of recreational users (such as anglers and boaters), scientific researchers, and habitat managers from different parts of Europe. Such disparate stakeholders rarely have the opportunity to come together to discuss this common issue. At this event they were able to share ideas and express their needs in terms of support and collaboration with the aim of collectively improving the prevention of invasive alien species.

The appetite for European cooperation on the issue of invasive species was clear from the enthusiasm of the participants and the energetic exchanges that were observed throughout the event. Sharing knowledge and experience between countries could make a real difference in the effectiveness of national policies and actions on the management of invasive alien species.

Inspired by this experience, the French IAS Resource Centre and the RAPID Life Project will continue to work at the international level by promoting their achievements and encouraging the exchange of information within European and international networks.

The presentations given during the event can be accessed on the French IAS Resource Centre website.

The proceedings from the event are being written up by the French IAS Resource Centre, with the support of the APHA. The final document will be available in English and in French in early 2020. 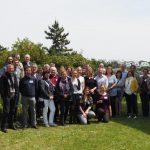 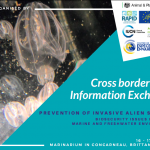